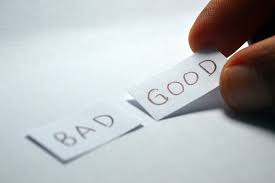 I was listening, in the middle of the night, to radio programming from Australian Broadcasting. They interviewed a family of dairy farmers who is sticking it out and loving it, while dairy farmers all around them have been losing money and giving up. But this family is determined to stick it out because they love farming and they love the land ... and they said they have hope because of their Christian faith--and they expressed that so clearly, confidently, happily.

But then there were other news reports about so many dark events in news worldwide ... and I found myself wondering (again) how the world can be such a dark, evil place .. but then thinking about daily life and all its little bright spots. True, there are a lot of people living in really bad situations like refugees in camps and people stuck in war zones, and persecutions from groups like ISIL. But even then, we hear of people in those situations who find small, happy moments in the midst of all of it.

I guess when we live in a relatively safe place like Canada, we fail to notice the small, good -- God! -- moments because there are so many of them that we tend to take them for granted. Good reason to read the Psalms again -- and the way they show faith and hope in dark circumstances. The battle goes on. I was wondering about why it goes on when Jesus has won the "war" -- but of course the enemy is bitter and has his own "hope" I suppose.

But in the end, as the dairy farmer lady said, we have hope because "all things work together for good..." in the end--and as she also said, "There is such liberation and hope in that!"

Posted by Norma Hill - aka penandpapermama at 08:45