Off Track and Welcome Back 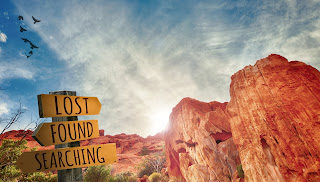 Yesterday a friend posted on Facebook, wondering if it's possible to return to Jesus without having to deal with church. I responded, sharing a few of my own fears (such as being afraid I won't be accepted after I've "denied" God to some degree ... embarrassed about what people might say ... fear of maybe having to go to church and/or do other things I don't want to or am afraid of).

Lord, Your will be done ... and please forgive my denials. Please? You know I still worry about that a lot even though it's pretty apparent You called me back--a miracle in itself. And You know, too, that I sometimes have moments when I wonder if You are real--when I'm not having any "emotional experiences" and I'm still being influenced by the walking away times... and I know the enemy is trying to pull me back. Though I'm pretty sure I never did reach a time when I really didn't believe. Well, I know it's an "intellectual wondering" as deep inside I've always known You are with me, always have been. You don't let your children go, do You? (Unless they really want to, I guess...).

Been thinking a lot lately about that Chuck Girard song from back when I was a teen:


Welcome back to the things that you once believed in/ Welcome back to what you knew was right from the start/ ... I know that you thought you could turn your back/ ... But I can see that you know better now/ ... and I'm so happy now to welcome you back/ Sometimes you just don't know what you're missing/ Til you leave it for awhile/ Welcome back to Jesus.

I've found myself wondering, lately, where I got so off-track for so long. And why? But maybe it was a stripping kind of time, pulling away from parts of my faith that were extras, padding--that were blocking me from seeing You. Which is maybe why I'm nervous about picking up things like church.

I don't want to do things because I "should" but only because I believe and love you (even though it is still hard sometimes to know if I even do that ... It seems like that is the hardest part).

It's easier to "do things" that "show love" than to actually bare one's heart and be vulnerable and actually love. I don't like to be hurt. And I like to be intellectual because it feels safer. And it's easier to accept, too, because it can be proved. And I'm a bit skittish about things that can't be proved (like when I took an Apologetics course, and it seemed like so many things they tried to prove weren't provable in a dry, scientific way, and it just seemed like grasping at straws).

Faith is a hard thing because we can't see it, quantify it--and can't feel it emotionally, a lot of the time. Yet ... You've always been here with me. I've never doubted You (though I have doubted, and still do sometimes, the theology and theory of it).


Posted by Norma Hill - aka penandpapermama at 20:19 No comments:

The Possibilities of Prayer 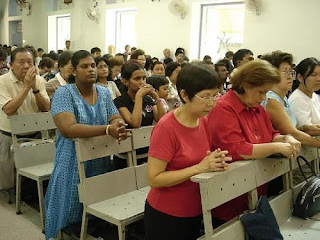 Attending traditional Anglican services and using the Book of Common Prayer there, as well as personal use of "The Divine Hours" (Phyllis Tickle) and "Common Prayer: A Liturgy for Ordinary Radicals") (S. Claiborne et al), and recent exploration of Centering Prayer (see Cynthia Bourgeault), leaves me with the feeling that in the tradition I was raised in we missed out to some degree on the possibilities of prayer.

We prayed a lot--at home we had "grace" before meals, daily "family worship" in which each of us, even small children, were expected to take a turn praying, individual daily devotions, lots of scripture memorizations, and extemporaneous, individually created prayers whenever circumstances called for it--illness, setting out on a road trip, praying before guests left, upcoming events, financial needs, and so on.

At church, we had a fairly lengthy prayer (by the minister, usually) in each service, opening prayers for special events or services, and of course, mid-week prayer meeting when everyone could pray in turn (or sometimes individually yet all at once), kneeling by the pews.

At school, we all repeated the Lord's prayer and listened to a scripture each morning, at least until it got phased out when I was in grade 9 or so, when we were on "shift system" and there just wasn't enough time in a 4 hour school day to include "extras." Soon enough, schools stopped doing morning prayers altogether.

Overall (excepting school prayers), the emphasis in the evangelical tradition I was raised in was on personal requests--for health, safety, finances, guidance. But we didn't often use Scripture as a prayer or guide, other than the Lord's Prayer and sometimes scripture in prayerful hymns or choruses, through which I suppose we felt we were covering "praise" and "seeking God" and "worshipping." Very occasionally, we would have a "responsive reading" from the back of the hymnal, a leftover from our denomination's Wesleyan and Anglican roots, I imagine. There was a simple liturgy of prayers, about once a month, for communion, spoken by the minister.

We didn't, so far as I know, draw upon other traditional prayers passed down through the church ages, nor did we use any of the creeds. I was 12 years old when I first heard of the Apostle's Creed, which we had to memorize for a badge in our church's children's club. No context, no use of it in our services, so I just memorized it and got my badge, with no idea where it came from or understanding of its significance. Oddly enough, I didn't think to ask anyone about it; mind you, I don't think we did a lot of "asking" about things like that.

There were some prayers in the denomination's "Book of Discipline" in the section on rituals such as infant dedication, baptism, and so on--but again, these were read by the minister and were not in that sense congregational/ participatory.

In a sense, the hymns we sang (and we sang many) were our congregational prayers. And worthy ones, at that. Happy and joyous, deep and repentant, even militant (which at that time no one questioned). The hymn book was our "liturgy" I think, along with our informal but quite religiously followed "order of service" as laid out in the weekly bulletin. In fact, I didn't know what a liturgy was until I was at least in my late teens; I'd heard the word kind of whispered in "tut-tut" discussions of how "those mainline churches, and Catholics" worshipped. At any rate, I wonder if maybe when we gave up hymns and hymn books, for the most part, and replaced them with "worship choruses" on overhead projectors, if we really did lose an important part of our worship--in fact, our liturgy, though we'd never have called it that.

I have a copy of the hymnal of that denomination, which says of "The Role of a Hymnal":


The faith and life of the church have always found expression and reinforcement through its hymnody....

The hymnal teaches and inspires. It expresses faith, hope, and love. It voices our experience and aspiration. It is a way to share. It is a rich source of biblical theology. It is where we join with the saints of other centuries in a common expression of joy, praise, and worship. It is a force for unity. It is a stimulus to Christian action and evangelism. It leads us to God and to men. The combination of lyric and melody fastens truth upon the inner man.

Sounds rather like a description of liturgical books like "The Book of Common Prayer," doesn't it--although I still wish we'd had more participatory focus on scripture reading and congregational prayers. More emphasis on the "deep things" of common/ congregational worship. Still, I'm glad to have discovered some of those possibilities of prayer now, even if it's been a long journey to get here.


Posted by Norma Hill - aka penandpapermama at 15:49 No comments: 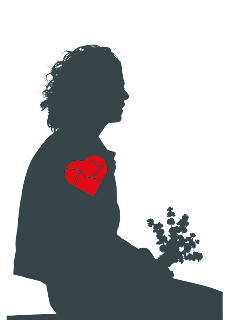 Recently (for the past few months) I've been attending an Anglican church (early Sunday morning service; traditional liturgy) and I'm longing to be a "part of the family" ... and yet at the same time, I'm afraid.

The people are lovely and caring. I love the liturgy. The interim minister (who is Lutheran) is friendly and a good preacher. The church building is beautiful in an old-timey traditional way. What's to be afraid of, you might wonder?

It's not this particular gathering of the church I'm afraid of. I'm realizing more and more how deeply my heart was broken a number of years ago when two churches in a row, which I attended with full-heartedness, both dissolved into bitterness and anger and terrible disunity, and one ended up closing down completely. To this day I cannot understand how such a thing could happen, how a family with God as their Father and Christ as their elder brother could tear into each other with such rancour. And I don't think I could bear to go through something like that again. Probably it didn't help that at the same time I was dealing with my mom's dementia, and then both my parents' deaths within a year and a half and most of my children growing up and leaving home in that time period and so on, but out of all those things, the most heart-breaking to me was the acrimony among members of Christ's body. How, oh how, can that happen?

I have been part of a very small house church gathering in the intervening years, and I do love those people and I'm so grateful they accepted me as part of their family at a time when I was in so much pain. But I miss the sense of being part of the family of God across the world and through time--and I have been finding that in the Anglican communion. But oh my goodness--what if something happened and they split at the seams, too? Is it even possible to find a group of believers that really are in unity and will stay that way? How could it be that those who believe in Jesus could descend into such grievous disunity and pain? I don't understand. And yes, I'm afraid.

God, lead me, please.
Posted by Norma Hill - aka penandpapermama at 06:30 No comments: