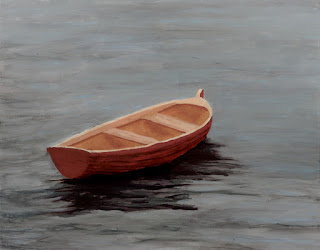 I've been wasting so much time in my life. Way too much TV, radio, newspaper, and certainly way too much email (subscribed to too much!) and facebook. And way, way, way too little time with You. I did start listening to Christian music for a bit, and I've been Bible reading very sporadically. But very little prayer--just little "arrow prayers" I guess, when people ask for prayer. Or maybe when I'm feeling desperate, occasionally.

It's been so long since I "longed" for You. I have wanted to, but I've just been so adrift. Yes, I did seem to slip my moorings when I was depressed. And then I was so "negative" about "church" and stuff. And I was "embarrassed" about "Christianity" and let that slide into being embarrassed about admitting to belief in You--and that led me to slide into really not following You actively.

I've gone through times when I really wasn't sure--intellectually--what I believed any more. Yet I never stopped knowing You are real, knowing I want to know You. (Even when the enemy--and maybe even my "brain"--questioned Your reality. The thing about that is that when it happened, I found myself defending Your reality because I know, in the deepest part of me, that You are REAL, and that I want, most of all, to be in relationship and to remain in, abide in You).

Yesterday we were reading John 15 at our church gathering.  Reading about You, Jesus, being the vine--and how apart from You we can't "bear fruit." Indeed, apart from You we can do nothing! And we certainly can't be "in the Father" unless we "remain in You." (I was concerned about the "bearing fruit" part because all my life I have felt a failure and guilty for not "bearing fruit" because I don't seem to be able to "count" anyone who I've "led to the Lord" to "say the sinner's prayer" or whatever (unless I "count" some of my kids when they were little--and yet, have my doubts during their teen years driven them away?).

John 15:9ff "As the Father has loved me, so have I loved you. Now remain in my love. If you obey my commands, you will remain in my love, just as I have obeyed my Father's commands and remain in His love.... My command is this: Love each other as I have loved you.... You did not choose me, but I chose you to go and bear fruit that will last. Then the Father will give you whatever you ask in my name."

Do I believe this? So many seemingly unanswered prayers back when I was so energetically "following" ... and oddly enough, so much protection and care in the past few years when I have not been trying to, working at, following hard ...

There's one thing of which I'm now convinced: Your love doesn't fail. But I'm still a bit puzzled about the "whatever you ask" part. And I'm scared to ask anything except "Your will be done"--but maybe that's the point! After all, Jesus, You Yourself said you did nothing, said nothing, except what Father said. Maybe prayer is listening--and asking only, "Your will be done." Could it be?

Yes, it is time to get back into some discipline in my life, to make sure I have time set aside especially for You. For Bible reading and study, writing (journaling with You most of all), praying (and in that, really listening) ... and making the best of the rest of my time. Not frittering it away.

But most of all--I want to HEAR YOUR VOICE AND DO WHAT YOU WANT ME TO DO ... and trust You to take care of the things I really can't (which is a lot).

Archbishop Oscar Romero:  "We accomplish in our lifetime only a tiny fraction of the magnificent enterprise that is God's work.... We cannot do everything.... It may be incomplete, but it is a beginning, a step along the way, an opportunity for God's grace to enter and do the rest. We may never see the results... We are prophets of a future not our own."

Posted by Norma Hill - aka penandpapermama at 09:14 No comments:

Hanging onto reason and fearing dementia 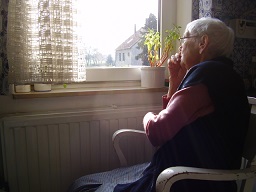 On CBC last night, I heard someone talking about dementia, and they said the reason we have such a hard time dealing with it, and why we dread it so much is that we've really bought into what Descartes said: "I think, therefore I am."

I was recently visiting with an American friend and was so amazed at her "American sensibilities," the way she sees life and society and all. And then I began to doubt whether my own ideals, beliefs, thoughts are really "right" after all. I keep catching myself doing and saying and thinking things that I am sure other people think are pretty weird,  inconsistent, hypocritical--or just plain wrong or evil. Things based on what I've been "taught" rather than in what "is." Based on my white-middle-class-Judeo-Christian-Canadian upbringing and "values."

And so much of the time ... NOT coming "from the inside of God" but rather "from within my own sensibilities and capacities." (Jack Bernard)

These "capacities" include my "ability" to think things through, to reason. It's an ability I have often prided myself on. I see more and more clearly now how limited my thinking capacities are. I see so many other viewpoints. I state my case, and then others point out theirs--and I can see their side, too, and I try to integrate that as well. Sometimes it works; their thoughts add to mine and seem to make mine more complete or accurate.

But sometimes it seems to me that I must be wrong after all and I may well have to toss out my dearly held thoughts (and actions). And sometimes I just find myself confused. I am more and more convinced of my weaknesses and limitations--which is not always a pleasant realization.

Sometimes (often!) I worry that I am "losing it" too. I hate when I can't think of the "right word." It terrifies me! And when I hear or read things, and I can't immediately remember all the details, or worse, I'm not even "sure" of the "gist," so I read and re-read, and come out still wondering. I used to just think, "Oh that's right!" or "Oh, that's wrong!" But now it's never so simple. Sometimes I think that's because I'm getting "older and wiser" and seeing that life is not nearly so simple, but then I fearfully think that maybe I'm just "losing it."

And You know I don't want to lose it.

Of course, if I were a "good Christian" I'd find it easy to lay that down at the cross, too. (Another fallacy, I think! It is never easy, in my experience, to lay down anything that we value. To let go, realizing that in many situations, there really is "no hope in me" solving a situation.)

And I already know that there's "no hope in me" as far as there being any final "choice" in "losing it or not." But what I'm really terrified of is being CUT OFF from You. It's cruel enough to be cut off from other humans--but how can You let us be cut off from You? Maybe we aren't, but how do I know that? HOW DO I KNOW THAT?

"Just trust." That's so difficult because I want evidence, not just promises. Do You even promise that? "I will be with you, even unto the end of the world." Okay. Even if I can't respond? (Isn't "responding" essential? Or maybe not? Maybe resting is more needful?)

Fear: Will You still love me? I guess Your view of my identity and value is different than mine.

(Even from birth, some people never have--apparently--the ability to think or respond, and we assume You love them. So I guess You'd still love me anyway ... maybe even more. (Okay, I know that's not possible, Your loving "more" or "less" ... but I'm thinking in a "mother hen" protective way, I guess.)

A friend told me that her mom, who has dementia, was yelling at You. I really don't blame her one bit. I wonder if  my Mom felt like yelling out at You, too, when she had dementia--or if she just trusted You? Or?  I guess there are some things we'll never know ... and maybe that we don't need to know ... IF we can trustingly live in and for You who art LOVE. (It would be nice to be able to trust You like that. Can You help me do that? Please?)

"Lord, reveal to us all that makes itself an enemy to the life You want for us. Amen."

I've thought of dementia as such an enemy. But maybe it isn't. Maybe dementia just "is what it is" ... but my reaction is the enemy.  Open my eyes, Please!
Posted by Norma Hill - aka penandpapermama at 09:06 No comments: 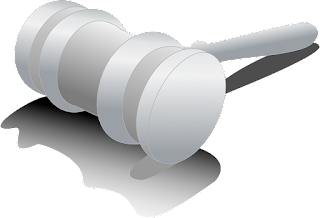 Father, I feel sick. Feeling bad because the next door neighbour told me it wasn't neighborly (and he's right) to trim his tree on my side of the fence without asking him first (though it is legal).  I told him we mentioned it long ago, but he says he doesn't remember. The thing is, I don't remember either... though L says I did ... the thing is, I should have told/asked the guy... and I should not say things that are untrue or even that I'm not sure of. This is a big problem that I have--telling untruths--even if they have some truth to them (which I can't even be sure of in this case!)--to cover my butt!

O dear God, please help me have the courage to tell the truth. All my life, pretty much, I've been concocting little half-truths and little lies to cover myself when people accuse me or when I think I'm in trouble. And I tell myself they're just "little white lies." But there is no such thing. Lies are lies. Maybe it was because there were so many "rules" growing up--and so much fear of getting caught: spankings, other punishments, shame, "sin."  Getting "caught"--even for things I did not do--was not acceptable to me. Better to stretch the truth--even lie. Ha! Wrong. But it sure seemed safer at the time. And still does. Yes, it's a long-time bad habit. But it also still comes from fear. And instills guilt and feeling sick.

Okay, so in this instance, guilt is good because it's pointing me to sort this out with You. Please forgive me. And please help me work this out with the neighbor. Your way (and Your courage). (Doing right is not always easy! Often it isn't...) (You know!)

How is it that I fear the anger, disgust, disapproval of the world so much? Why can't I seem to get it into my mind and heart and being that You are infinitely more precious and worthy and awesome--and that You love me! Help me, please!
Posted by Norma Hill - aka penandpapermama at 15:53 No comments: