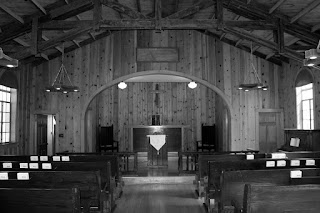 Over the past few days, I keep wanting to write about my feeling of lack of culture. I keep remembering a time when I wept because my Haida students were so excited to celebrate their culture, their pride and sense of identity. But I felt I had nothing at all.

My Grandpa W maintained something of his British accent and class, but I don't ever remember him saying anything about his life in England, and it was only in retirement that his son, my dad, started "retracing his steps" from World War 2 in Europe, and in the process, some of his family background.

Grandpa M was somewhat interested in way-back (William the Conqueror) family connections (though the records were tenuous), and in Grandma's tenuous connection to Mark Twain ... and her family's story of the elopement of Susannah Pepper, daughter of Lord and Lady Pepper, with the gardener's son and their banishment to the colonies. So there were these "stories" and the "autobiography" Dad drew up in his later years. But for me they weren't much more than stories. Maybe my younger siblings feel a stronger connection because they went to England with Mom and Dad.

Mom and Dad were big on visiting--and camping and picnicking and having reunions with--relatives, and I did get to meet many of Grandpa M's siblings (mostly American) so there is that. And thanks for Facebook I've met more of the descendants. But after Mom and Dad passed, so too have family reunions. Geography can be blamed for some of it, and busy lives. But also, perhaps, a lack of any real sense of shared culture?

Even when I was relatively young, especially after our new Italian-Canadian neighbours moved in across the street, I began to realise we had no "special" things that gave us some kind of pride in a cultural identity. Our town was a predominantly "white" community, but it included several hyphenated immigrant communities--Italian-Canadian, Greek-Canadian, and so on. The had clubs and interesting food and clothes and music and art and dances for special occasions--and of course languages other than English. They or their parents came to Canada to "make a better life." They had unique customs and traditions and lifestyles. I'll always remember our neighbour decapitating chickens with an axe on a stump in his suburban driveway and making wine from the grapes in my his amazing backyard garden jungle. And I remember their weeklong wedding celebrations and amazing, fun wedding reception dances and feasts.

I really do wonder ... Was any "culture" we might have had--and any "pride" and "celebration" and "art" and "music" and "dance" and even "literature" we might have had (I was delighted in grade 12 to discover "English Literature"), I wonder if it was circumscribed--even erased by (may I say it?) our rather dour, strait-laced, legalistic form of Protestantism that rejected anything remotely "worldly."

When I look back, it feels to me as if that particular religious viewpoint (and at the same time I think this is probably true of many religious and political viewpoints, especially those that prefer to set themselves apart from those they consider less pure and less righteous and less devoted) created its own culture and demanded its adherents to reject and abandon any other cultural identifying features (as missionaries so often did to the "heathens" they encountered)--especially features that might induce some kind of pleasure or enjoyment or pride--evils that might tempt "backsliding" away from the religious culture being pressed on the adherents.

And a "culture" it was--not just the "beliefs" themselves, but the whole set of rules and regulations, the design of the church buildings, dress styles and rules (I would not say "fashion" because "fashionable" was considered a temptation; but nonetheless, there was certainly a dress code, in some cases almost a uniform), the long list of forbiddens--the "thou shalt nots" -- as well as the activities (Sunday School, Sunday Morning and Evening services with their definite programs--liturgies, really, though that would be vociferously denied--prayer meeting, choir practice, kids' clubs, week-long "evangelistic services" led by visiting evangelists, missionaries-on-furlough visits, Bible Schools and Bible School music group visits. Oh yes, and the culture's own music, and the annual community from far and wide (and actually much anticipated and enjoyed) camp meetings (starting with family camps, and gradually adding kids' and teen camps, and women's, men's, and couples retreats, and so on.

So culture of place or nationality, or family traditions and customs, was replaced by culture of a strictly defined religious viewpoint. I wonder--is it actually culture (by my definition, an organic, developing group identity that celebrates and maintains past traditions that identify and support, while gradually adding new features that add value or usefulness, etc.), when it is imposed by a "strong" leader or group, and demands that past cultural identity be rejected? Though some "replacement features" may be added from time to time to quell any feelings of loss of past identity or feelings of discontent fostered by seeing what "the others" are doing.

Sadly, the "religious culture" I grew up in was NOT "multi-cultural," partly because it felt threatened by possible outside loyalties, and partly because they really did feel uniquely right and didn't want that to be polluted. So it created its own "culture," which, by abolishing so many aspects of "the others," ended up being drab, unimaginative, static and controlling (though I loved camp--and the music, too, though I wished I could be allowed to enjoy "secular" music as well). And the "substitutes" it eventually created, to try to hold onto those prone to leave, were still bounded by so many strictures that they were never able to be more than ... substitutes. For those unwilling to live within this kind of culture, the choice was almost always to leave, and yet it was hard to leave, too, because the group was often so tight.

This religious culture claimed its base was the gospel--the "good news" of Jesus Christ--a message of "abundant life of love, joy, peace, patience, goodness, hope... the fruit of the Spirit." But sadly, in so many cases, the ideal relationship center (Father God, Jesus, Holy Spirit) of the community was replaced by the walls of a man-made "culture" that feared "the world" (as they saw it) and did not (it seems to me?) trust the power and love of the true Center.

Yes, that religious culture has been crumbling, but there continue to be a core, an inner circle, who build ever higher walls. And an outer circle that enjoy the imitations of "world systems" within the perceived safety of the culture.

It's hard to leave that culture when it has become your culture. And to leave it is to be "heretical." Yet if you do not wish to be part of the "world system," if you want to live the Jesus gospel way and life, you live with this "guilt" that simultaneously drives you away from the "religious culture," judged as a heretic, and at the same time that same guilt, as well as loneliness and lack of a sense of belonging, community, and place (culture, such as it was), keeps trying to drag you back.

Yes, there are others out there who want to really be Jesus-centered. But they can be hard to find in many places. And I think there is always a fear of being dragged, unexpectedly, into yet another religious culture.

It's human to want to be part of a strong "community" that shares common values, traditions, customs, identity. To be part of a culture.

Some would argue that Jesus followers are "not of this world" and should expect antagonism from "worldly cultures." Okay--but antagonism from "Christian" religious culture, too? (Oh yes, that really did happen to Jesus and his followers, didn't it?).

Why are we so apt to move into worldly structures of our own? Or to want to marry church and state?

Why is it so hard to follow Jesus? Of course He said it would be. Yet we try hard to make it reasonably easy and pleasant by creating these cultural religious walls--and/or just deciding to "fit in" with world systems.

It does seem to me that we are meant to have community and identity. But maybe it isn't an identity and culture the way the world defines it, after all. The Roman world hated this new Way--but they couldn't get over, or deal with, the love they saw. And the joy and peace when the followers of the Way were persecuted and executed.

So maybe I've got it all mixed up. Maybe I need to get over "culture" and focus on relationship centred in Jesus and on the "identifying marks" of the fruits of the Spirit.

And stop worrying about what is "special" and "identifiable" in, well, physical terms.

And enjoy all the positive and colourful expressions of identity. Take part in some, too--but ultimately live centred in the Life Creator andGiver.

Okay. Let's see how that works out. Jesus?

Posted by Norma Hill - aka penandpapermama at 11:42