Wondering How Far a Writer Should "Get Into" a Character? 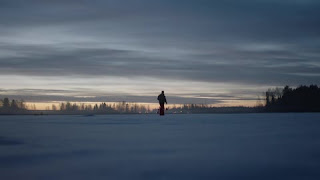 (I originally journaled this in Sept 2017)

Before I woke, I had a dream that helped me understand what fiction writers say about "getting into" their character--feel what the character is feeling, follow where the character leads, see from "inside" the character.

In this dream, I was laying relaxed on a park bench with a random group of young adults. I say "I" but, unlike my usual dreams, it wasn't me in particular. Rather, it was a young woman, perhaps between 19 to 22 years of age. She was dressed in jeans and a winter jacket. I don't really know what "I" (she) looked like because I couldn't see my face, though I know I had fairly long hair, dark, quite thick and a bit wavy. Remember, I was seeing through this character's eyes, so some things weren't visible, obvious, or immediately apparent.

People were coming over and joining the group while others were randomly wandering off. A young man, who appeared to have a kind of classic Italian look about him, wandered over and sat on the end of the bench I was laying on. The way he was dressed, it looked like he'd probably been traveling, and a few random things he said gave the impression he'd been traveling by bus, which, along with the other young people coming and going made me assume a bus depot was just "off stage," so to speak. We were all kind of lazily engaged in the kind of random conversations that strangers strike up in such a situation, and I felt comfortable and open, willing to see what might develop.

Eventually, the two of us got up and just naturally wandered off across a park field. At some point, I noticed he was wearing a long, fitted skirt rather than trousers. We were chatting, and he was telling about seeing the Edmonton area by bus, and I mentioned I'd been there too, but by car.

We were holding hands, and then he laid his arm across my shoulder as we walked, and I started noticing more details of the place and weather--a kind of grey, hazy, but comfortable wintry day. A couple people came by and said a word or two to us in passing, but mostly we were in this comfortable, quiet space together. I had an anticipatory, light feeling, wondering where this unexpected friendship might be leading, if anywhere. It didn't seem like he was trying to pick me up, but the possibility seemed to be lingering on the edge of my feelings; on the other hand, I thought maybe he was just looking for a moment of close, comfortable friendship during his journey.

And then I woke up.

The thing is, the whole dream moved slowly and dreamily--"dreamscape" really fits--but instead of being an external observer (as I almost always am if I try my hand at imaginative creative fiction), I felt like I was "in" my character, seeing, feeling, experiencing from her viewpoint, unfolding as events unfolded, kind of like a scroll slowly unrolling and spreading out. In fact, the whole walk across the snowy field felt that way.

I experienced a wondering at what might develop, looking off with a kind of curious anticipation across the wide, wide field to a hazy kind of horizon with what appeared to be a band of trees at its far edge ... and I felt I was just pleasantly walking into it as it was unfolding.

I wasn't exactly my character, yet I was her, within her and feeling at one with her, seeing and feeling from her own unfolding experience. This was a feeling I've not had before--and yet now I think I understand what writers mean about following and getting into and with their characters.

One side note: periodically, the "real me" would kind of interject, worrying about what my husband would think if he saw or found out I was like this with this guy--but I found that if I pushed that "me" out of the edge of my dream, I'd find myself safely back in her (while still not being her precisely, but an observer in a kind of intimate, knowing way that I haven't experienced before, except occasionally, to a degree, in a book or movie where I started to really relate to a character).

I wonder if this what a writer (and a good reader) needs to do--push one's personal conscious ego and mind of the way in order to live the character's experience? And if so, if that is a potential problem--an "opening oneself" to "outside forces" (eg. "principalities and power") that might come in and cause spiritual havoc?

I can really see how my upbringing (and thus beliefs that have stuck with me all my life, even when I've questioned and/or tried to rebel against them) may have been in some ways quite responsible for my inability to get out of my head and into a character's own personhood (physical, spiritual, mental, emotional). Physical and mental seem safe enough, but emotions, and especially potentially alternate spiritual experiences and understandings, have me jumping in and slamming the door like there's a huge "danger!" sign waving in my face. Is this a good thing, a safe thing? Or does it stop my imagination, empathy, creativity from flowing; does it inhibit my ability to inhabit other lives--those of my potential characters?

Is this why I've always had difficulty creating fictional stories and characters, although I certainly enjoy reading about them and watching them in movies--and observing real-life "characters"? In fact, I can help other writers develop characters, but for some reason, I've always run quickly into a "block" when I try to develop "my own" characters.

I wonder, do other writers have this kind of issue? What do you think? Have you experienced anything like this? Lot's of Christians write fiction; I wonder how they deal with this, or if it's just a problem I face?
Posted by Norma Hill - aka penandpapermama at 15:33