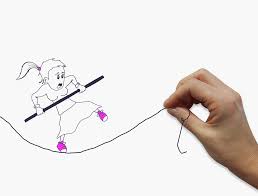 Oh dear. I read, and then shared on Facebook, what I thought was a good explanation of some of the political/Christian issues in American. And then one of my "friends" wrote a long, long response, using words like "diatribe" and "vitriol" to describe the piece I'd shared (but obviously not considering those words might fit his own piece, too). He obviously feels that "holiness" and "righteousness" is far more important than caring for those in need (as if they are not connected, even). But I guess that's his right, too, to express his feelings and understanding. I think he sees himself as a "prophet" like those in the Old Testament--and that's the job of such a prophet: to stand solidly and unapologetically and even fiercely for "righteousness."

He spoke of a balance of God's love in providing salvation, and of righteous, holy living as a result of salvation. He talks a lot about God's justice at the end of time, but he doesn't seem to have much interest in "justice" in the world we live in right now. Though scripture (including as quoted in that post I shared) is clear on that as being very important, too. Well, I remember from my childhood the fears of many evangelicals about "those liberal churches that focus on social justice"--as if social justice is simply a distraction of the enemy from what's really important for Christians, and is, therefore, to be avoided.

Lord, there's so much I don't understand.

(And I guess I do "deserve" that response for chuckling when I posted it, that I'd probably get some strongly worded responses. Little did I realise how strong the responses might be.)

Posted by Norma Hill - aka penandpapermama at 06:58