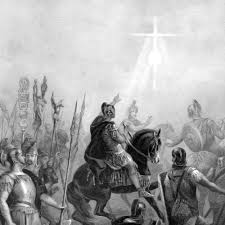 Today I was reading some prayers from the Anglican Common Prayer book (1950s Canadian version) which are related to war. I have become more and more ambivalent about war, and really find myself getting quite deep into the pacifist camp. At the same time, I am realizing that war is pretty much "human nature" and also beloved by the ruling elites because of the power it offers (and who rarely send their own sons and daughters to fight). I just am having a really hard time wrapping my head around Christians who seem to love and support wars (well, they love and support the war-loving political parties, too...)

One of the prayers reads: "...strengthen and protect ... shelter ... keep them safe from all evil ... and grant that in all things they may serve as seeing Thee who are invisible, through Jesus Christ our Lord. Amen."  But should we not pray for those caught up in the fighting on both sides, those "conscripted" or convinced by their respective sides that their side is right? Not to mention the civilians caught up in the middle of it.

On the other hand, I sure don't feel like praying for those who create and support the wars, due to their desire for power and wealth.

I kind of understand about praying for those who stand up against tyranny and evil ... if only wars were that simple. But this prayer invokes Jesus' name, he who taught "turning the other cheek."

And oh my goodness: what would happen if all militaries actually "served as seeing Thee who art invisible"? If they looked up from the battle and all saw You looking down on them, what would they do? Keep killing each other, thinking You're approving them (and that You're opposing the "other side"?)(as Constantine apparently did, and the Crusaders, and, yes, lots of military leaders today). Or fall with their faces to the ground and throw away their weapons in shame? or?

I think a lot of the "just war theory" appeals to the Old Testament militaristic record. (And what's with all that Old Testament war and mayhem anyway? And how, oh how, does it line up with the New Testament record ... and then back to the final battles of Armageddon and so on?)

I think that under the power of evil, war is inevitable ... and if no one fought, would the evil power just get stronger? Could "turning the other cheek" really stop it, in a world under so much of the rule of the enemy (yet which, thankfully, is still itself under the rule of God ... how that must gall the evil powers).

But even if war is inevitable in this world, does that mean believers should agree to take up arms?

What about all those gun-lovers, including so many civilian ones? They LOVE their guns! What is with that? (And so many of them claim to love Jesus, too...)

Well, the next prayer has some good points ... but I wonder: if God judged the "other side" to be more in the right, what then? If God is asked to judge--rescue--in OUR wars--would He even be willing? And if so, would we accept that judgment, really?

I suppose, as long as the enemy chooses to war against righteousness, war is inevitable ... even for the "Lord of Hosts" -- and His angels --- and His people?  I don't know. I wonder how God sees war? I'm sure for Him it's about righteousness vs evil--but what does that really mean?

"Lord of hosts, that rulest and commandest all things: Thou sittest in the throne judging right, and therefore we [ask] ... that thou wouldst take the cause into thine own hand, and judge between us and our enemies .... O let not our sins not cry against us for vengeance, but ... be a defence unto us against the face of the enemy. Make it appear that thou art our ... mighty Deliverer."

What if God judges against our side?

I think this prayer means that we want to win--and when we do, we want people to be able to say, "See? It's obvious--God gave the victory to us. He really is on our side! We are God's favoured people!" (Kind of like when football players kneel on the field after a victory to give thanks--or throw down their helmets and yell in anger when they lose).

What if it is our own sins that have brought us to this point of war? Of course, it always is to some degree. And what if both sides are crying out to God for mercy (so they can win, presumably--though I doubt there is any true victory in man's wars ...). What is the righteous Judge to do?

"God ... to whom it belongeth justly to punish sinners, and to be merciful to them that truly repent: Save us and deliver us ... from the hands of our enemies...." BUT: Do we truly repent and turn to God when war arrives on our doorstep? Do we? And if we did, would not our response to it be different? Would we still march proudly, patriotically, enthusiastically, "righteously" into battle?

"....abate their pride, assuage their malice, and confound their devices...." But what about our own pride, malice and devices?

"....to glorify thee, who art the only giver of all victory ..." Do You really want to be glorified for stepping into our wars? Unless we are truly your people--but in that case, would we be warring in the first place? Spending huge amounts on our military capabilities, etc.?

If "conscientious objectors" offered to "pray for God's will" during battles (instead of fighting in those battles)--I wonder if the military leaders would even want them to do that? I suspect God's will is not man's will--and the military would be wise to fear His will.

Do You honour those who really are pacifists on account of following and believing in You? I think so. But I am also pretty sure they will face dishonor from the world, just as Jesus did. Even torture and death. But oh, to be in relationship with You through it all, forever. That makes it all worthwhile, right?
Posted by Norma Hill - aka penandpapermama at 09:28