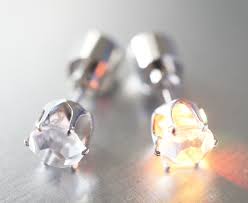 "Extraordinary afflictions are ... sometimes the trial of extraordinary graces .... for the polishing of His jewels; and those He especially loves and means to make the most resplendent, He hath oftenest His tools upon." --Archbishop Leighton

I agree with the first half--up to "jewels"--but is it true God loves some more than others, and wants to make some more "resplendent" than others? I don't think so. I think He loves all his children, and indeed loves and longs and grieves for those who do not accept him as their Father. And I think he wants to make all his children resplendent, each in his or her own unique way as he has lovingly created them and guided them, to be a part of his body. Even, as the scripture says, we are to give extra honour to those parts that are hidden from sight. Every part has a vital role to play to keep the whole body united and healthy, and in God's plan and sight, all God's children are thus to be equally resplendent. If there is a dimming of resplendency, it is our own choice, not God's. And we are called to equally honour both those who are resplendent in the perspective of earthly viewpoints and also those who seem "less" in earthly terms. Each one has an equal seat of honour in the sight of God--and an equal portion of humility too: the least shall be greatest and the greatest shall be least.
Posted by Norma Hill - aka penandpapermama at 12:22