Early conditioning and its life-long effects--art 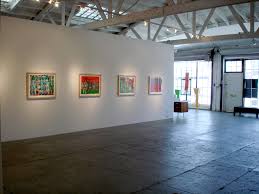 "Many of our present-day losses to our earlier conditioning..."

The following journal notes are a response to the prompt, "As a kid, my dad thought my art was..."

Did my dad (or mom, or church community, or even school...) think about my art at all? What art? We just didn't do much art, that I have any recollection of. Even at school, art class was a rare occasion.

Sadly, I don't really recall my dad having any interest in my childhood efforts that were not intellectual/academic, or Christian, or housewifely. I expect Mom probably said nice things about my occasional drawings or whatever. But to be honest, many arts (drawing, painting, creative writing) just . Our church walls and windows were relatively plain, and most "art" on our walls at home was landscape paintingsthough photography was a favourite hobby of my dad's, focused on family, friends, events, historical locations, and some landscapes.

Some arts or not allowed at all: dance particularly. I never how dancing, especially square dancing and folk dancing, even in PE class, could be so evil since there was plenty of it in the Bible ... used as worship! (David's wife got pretty severely punished for being annoyed at David dancing before the Lord, so you'd think there must be something good about worshipful dance, at least).

Sculpture was another thing to . I suppose because it "too Catholic" and besides, a lot of famous sculptures were of naked people (think the "David" statue...).

Drama and theatre were seen as evil, too. We go to the movies at all, and drama/theatre was almost nonexistent for us unless it was a "church youth group play" or something. We didn't have a TV until I was 15 when my dad inherited my grandparents' TV, and even then it in the closet . All of which is of funny, come to think of it, because Dad was to get to teach drama later on. Oh, to do funny skits at church kids' camp, andthere were Christmas pageants.

Music was the "Christian" art (sculpture and paintings and architecture were "Catholic"), even for those of us who weren't particularly musical. My grade 7 band and art teacher (a Christian) encouraged my parents to have me take art instead of music in high school, but Mom definitely insisted on band/music because it was Christian (though I to join Glee ClubI suppose their songs were too worldly, but they were mostly the cool kids so I wouldn't have fit , no doubt).

It really hurt my feelings, though, when the church youth group only allowed me to do reading parts in their "Christian musicals" because according to them I wasn't musical enough (though non-Christian or new Christian kids could sing even if they were totally -deaf, in order to "encourage" them to be Christians. Well.)

I wonder why a "Bible-believing church" could to many things found in the Bible, dancing, clapping during singing, instruments other than piano and violin (which in Bible times), story-telling and creative writing, literature, poetry ("non-Christian" story-telling and writing, lit, poetry, that is)-- that is a gift from a Creative God? Why were we never encouraged to enjoy even classical music like the great operas, so many of which were Bible-based? (Except Handel's Messiah? All the church ladies in town got together every year to put it on in concert at Christmas). Never mind jazz, R&B, and, horror of horrors, rock ' roll. (Well, some old- folk songs were okay ... outside of church events).

loved taking English Literature in grade 12. Discovering all those amazing poets and writersso many of whom were Christians and based so much of their writing on their Christian beliefs. Surprise!

Maybe there was a fear of anything that might distract or tempt people away from being a "serious Christian," I guess. Christianity in my childhood was a very serious business. (Come to think of it, school was a serious business, too. So little of the arts [or PE] in elementary schooland our parents got to choose which arts we could take in secondary. So it was academics for me, and playing clarinet in high school band, which I never got good at).

I wonder ... would my life (choices, decisions, directions) have been different if I'd been able to enjoy a wider variety of the arts, and develop my creativity more? And would it have had any differing effect on my spiritual development? Hmmm?
Posted by Norma Hill - aka penandpapermama at 15:33